You probably don’t know this, you may not even care; but I’ve been at the centre of a conspiracy for years now. Time and again I have been subject to the vile whims of one man and his campaign of … well, not terror. Annoyance is probably a better word.

As an aside, I believe all Terrorists should be referred to as Annoyingists from now on. I have two reasons for this:

I never sit around terrified I might get blown up or have a plane crashed into me, but I do get really fucking annoyed every time I have to take my shoes off at an airport. That’s your legacy, you fuckwits. You may have killed quite a lot of people’s loved ones; but all anyone thinks of when they think of you is how fucking irritating you’ve made going on holiday. Good job. Thanks for that.

But anyway, I have been the victim of a conspiracy for … um … a bit. This man: 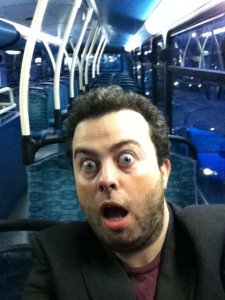 Has gone out of his way. Far out of his way. As far as Birmingham (which may not be that far if you live in West Bromwich) to make sure I don’t get to see his debut feature film, Stormhouse. 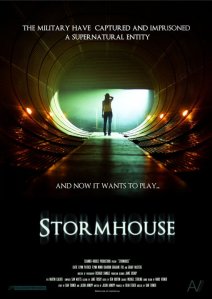 I can’t quite remember how this vindictive campaign of bastardness began or even if it actually happened outside the confines of my imagination; but happen it probably did and I’ve suffered greatly. Or at least, mildly. A bit mildly.

But I’m too clever for the affable son of a bitch. What he failed to take into account is my limitless patience and my lemming-like cunning. I’ve bided my time, I’ve allowed my bile and exclusion-rage to boil down until it’s a simmering dodecahedron of intense bitterness … and now I’ve struck! 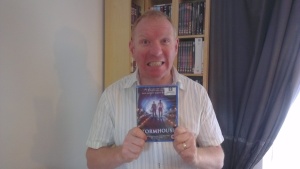 I have a copy. I bought it. It’s mine. Fuck you, Mr. Arnopp – I can watch it any time I like and there’s nothing you can do to stop me.

Except maybe murder, blinding me, breaking into my house and stealing the DVD, burning my house down, pouring jam into the DVD player, smearing my TV with the excrement of fire ants, employing a small horse to stand between me and the TV … actually, there’s quite a lot you could do to stop me; but I’d rather you didn’t if that’s all the same to you?

Stormhouse, written by this man: 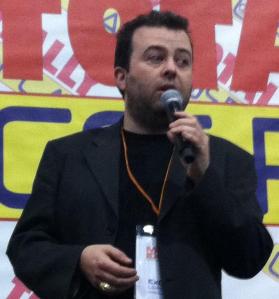 Directed by this one: 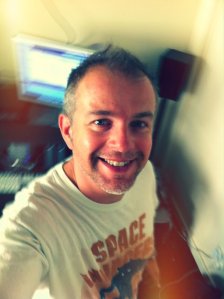 Available in the shops right now. Go buy it, just in case Mr. Arnopp doesn’t want you to watch it. Head him off at the pass before he instigates a (largely) imaginary vendetta against you. 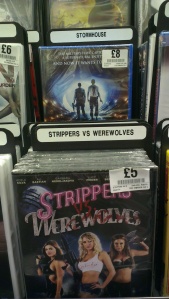 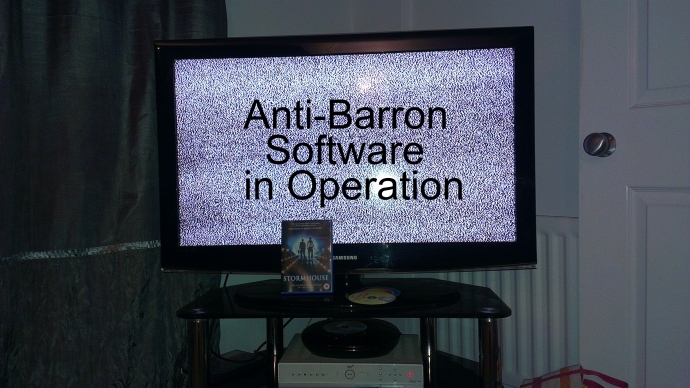