Posted on Thursday, 9 August, 2012 by phillbarron 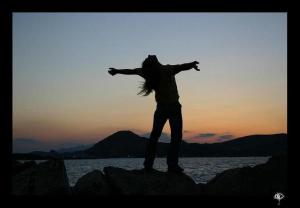 For most of this year I’ve been trying to divest myself of all prior commitments and I’ve finally done just that.

I’m down to four active feature films at the moment, two of which seem to be good enough (for now, until they actually start shooting) and the other two are in-between drafts.

Season 6 of Persona has just started (app available from AppStore or Google Play for three minutes a day of top notch drama). This season marks the end of my involvement with the show. I’ve co-created it and helped shape it for a year or two now and, quite frankly, I’ve had enough.

Not that there’s anything inherently wrong with the show, but I spent most of my time script editing and it’s just not something I want to do. I was lucky enough to have worked with some fantastic writers and although every script needs work, most hit the mark very quickly and actioned my (frequently idiotic) notes with good humour and grace.

Or at least they didn’t call me names to my face, which is pretty much the same thing in my book.

Persona has four stories running every month, but we sometimes needed five or six scripts for each season because producers, directors or writers would occasionally let us down. When a writer can’t or won’t make the changes we need, it was frustrating because I’d often need to write a new story very quickly; but when a producer/director team let us down, it was heartbreaking. The hardest thing I had to do was go back to a writer and tell them we wouldn’t be able to use their script after they’d worked so hard on it.

So with five or six scripts per season and having to think a season ahead, I was often working with writers on ten to twelve scripts a month. Although each script was only 10 x 1.5 minutes long, it still adds up. An average of 3 to 4 drafts per script, 15 pages per draft of 10 scripts per month equals … um … shit, maths again … um … oh, fuck it. It equals something like hundreds of pages to read, digest and comment on; plus writers to find, directors to placate … it took up pretty much all my time.

Which would be fine, if script editing was something I want to do; but it isn’t. I hate it.

I’ll probably talk about that in more detail one day, but not today; because all that really matters is I’m not doing it any more!

In an (incorrect) manner of speaking.

Free to work on anything I like! Free to pursue the projects I want to , to write something I’m really proud of, just for me. Something I can try and sell on when I’m happy with it, rather than rushing a script I’m not happy with to a deadline which isn’t really feasible.

I haven’t actually written anything on spec for about four years. I tried a couple of years back, but I made the mistake of mentioning the idea to a producer and he had me a buyer before I’d even written a single word.

But you know what? I want to take my time on something and do it right.

Which is what I’m going to do.

I’ve amassed a long list of projects I desperately want to tackle across radio, TV and film and I now have the time to evaluate them all properly and work out which one I’m most excited about. Then I’m going to write the shit out of it for ages and ages.

Or until I get notes back for the next draft of one of the four features.

So, you know, I’m not really free; but for the first time in years (YEARS!) I have nothing which needs my immediate attention. I can even do nothing, if I so desire.

FREE! Free to do whatever I want!