Posted on Thursday, 23 August, 2012 by phillbarron

So as I’ve said before, I’ve spent the first half of the year turning down new work and have recently completed the outstanding drafts of my last four feature commitments with the intention of taking a step back, reevaluating and restarting my career in a slightly different direction.

I thought it would take three months, it’s taken seven; but I’m there now.

I’m in that lull.

I have gazed at my navel and decided … I need to lose a bit of weight. I mean, come on, belly buttons should be circular, shouldn’t they? Not a straight line, surely?

Although, if I did lose the almost-stone I’m overweight, I’d really miss that shelf of flab under my moobs. The one just perfect for resting a cuppa on.

But hey, that’s not really the point.

The point is, I know what I’m going to do, I know what the next project is and why I want to do it, I know who I’m going to involve and approach with both that and the next four, and I know (roughly) how long it’s going to take before I’m ready to reenter the scriptwriting world, stronger, leaner and meaner … but probably just as chubby.

Actually, I’ve known this for a whole month now … and have done nothing about it.

Well, because I wanted a break. I haven’t had a break for years. Yeah, I’ve had holidays, but I haven’t actually stopped. Last holiday I went on I ended up having to sort out some Persona-related script thingies whilst thinking about the next draft of a feature and secretly scribbling them down on my phone when no one was looking.

So although I’ve technically taken breaks, I’ve never actually stopped working for years. Unless I have and have forgotten it. Please feel free to comb through my blog and call me a fucking liar.

Actually, Alice’s birth, four years ago – I took a month off then. That was nice. 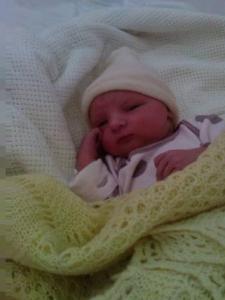 So finding myself with nothing pressing, save my entire future, has been lovely. I’ve picked at the odd bit here and there, but not so you’d notice.

After a couple of weeks I was ready to get back to work, but then … well, Alice goes to school in September and it seemed more important to spend time with her before she gets swallowed up in maths and badgers and letters and what invading bastard did what to the previous bunch of invading bastards.

As an aside, I recently had a Spanish girl tell me Britain had never been invaded. Which, I guess is true … if you don’t count the Angles and Saxons and Jutes and Vikings and Romans and Normans and every other bunch of marauding bastards who were wandering past and felt like having a go.

Of course, if I told this story several years ago and said it happened recently then; it’s not that it’s happened twice, it’s just I’m a lying bastard. It wasn’t recently, it was sometime in the distant past. She may not even have been Spanish. Or a girl, for that matter. Or maybe it didn’t even happen at all?

Anyway. Alice will snatched away by education soon and I’ll have tonnes and tonnes of spare time … so fuck it. Work can wait.

Normally, while Mandy is away sunning herself in exotic climes …

(for she is a part-time air hostess), I’ll look after Alice during the day and work late into the evening.

If I could be fucked, which I usually could; but only because I knew it’s only for a few days at a time – all you single parents who look after kids full-time and write every night, I prostrate myself before your dedication. Not sure I could do it.

For much of August, I haven’t bothered because I tend to spend most of the day thinking about what I was going to write that evening, or what I had written the evening before … and I just didn’t want to do that in these last few weeks.

So I didn’t, for I am master of my own destiny. Or something.

And you know what? It’s been lovely. I feel relaxed and happy and frothily eager to get back to work. I’m going to freewheel through the rest of August (and maybe the first week or so of September) and then I’m going to kick back into hardcore writer mode, big style.

No, I am. Definitely, because if there’s one thing I’m painfully aware of it’s that success goes to those who keep moving forward. Talent is great, but effort is king.

But for now, I’m out in the sun, playing in the paddling pool of life with my family and will come in when I damn well please.