Posted on Wednesday, 26 September, 2012 by phillbarron

There’s an odd practice in film making of hurling multiple writers at a project as if quantity and quality are interchangeable.

And to be fair, sometimes it’s necessary.

Sometimes a writer may not have the skills to take a project from inception to production. Sometimes they just can’t do it on this occasion because of an unfamiliarity with the genre or style. Sometimes it’s a personality clash with the producer or director. Sometimes each new addition to the team brings with them a preference for a specific writer and it’s all change.

But for whatever reason it happens, it’s not always a good idea.

Part of the problem is development is a long process of trial and error and scripts have a history. New writers, even if they’ve read all the previous versions of the scripts, aren’t privy to that history.

They don’t know why certain decisions were or weren’t taken or what obstacles prevented the script from taking certain routes.

I’ve joined projects halfway through, replacing someone else, and made suggestions which have previously been considered and discarded. It’s a frustrating and difficult process, trying to work out what has or hasn’t been tried before and why it was deemed to have been unsuccessful or unwanted. Frequently I can’t help feeling they’d have been better off keeping the last writer and just giving him more specific notes on the next draft, as opposed to spouting phrases like:

“This script feels yellow, can we make it more orange?”

“Can we add a dog, but not a real one. Maybe something else which smells like a dog?”

“I think this can be more.”

More what? That’s not a fucking sentence!

Thought for today: producers, if you don’t know what you want and can’t articulate it, a string of new writers hired and fired in rapid succession may well accidentally stumble on a solution for you … but they probably won’t.

And it’s not only changing writers which can be disastrous; changing producers or directors can throw a project of the cliffs of insanity and into the sea of ‘what the fuck?’ It’s really tedious having to patiently explain to the new director why he can’t have all the really cool-but-nonsensical images the old director was fired for insisting on.

You have to dredge up all the sensible and well thought out reasons you’ve already gone through, sometimes years ago, just to get back to the point where you can go forward. It’s like running a relay race by going back to the beginning with each pass of the baton.

Changing producers is a fucking minefield. If you had a good one before, you can guarantee the next one will have no fucking clue what they’re doing, embezzle most of the budget and insist you fill the script with roles for women they’re trying to penetrate.

If, on the other hand, you start with one of those, then the next one in will probably sack you for writing a script they can no longer afford full of pointless characters who stand around in skimpy outfits.

And that’s before you get to the thorny issue of extras’ dialogue.

Different producers have different views on this.

Some subscribe to the point of view that the only people who should be talking in scenes are the main characters, so you don’t have to pay much for people who wander in for a scene and are never seen again.

Others believe it’s better to give every minor character a line, bung a vaguely recognisable face a few quid to deliver the line and hence increase the profile of the film by a handful of Internet forums.

Needless to say, both camps think the other is fucking mental; but tend to agree it’s the writer’s fault for putting either option in the script. 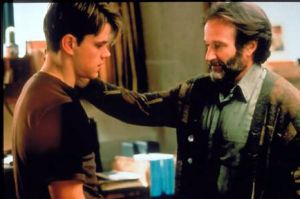 In all of this, I can’t help thinking it would be simpler to just start with three competent people who can work together and let them meander through however many drafts are necessary to reach the goal.

Sadly, it appears that kind of attitude is just not acceptable.