The rules of the universe

Posted on Wednesday, 14 November, 2012 by phillbarron

I went to see Looper last week. Or possibly this week, depending on what day it is and how many days it’s been since I saw it.

Fuck it, it doesn’t matter. I’ve seen Looper and I really liked it.

Not entirely convinced it made sense, but I enjoyed it nonetheless. Since then I’ve had various conversations with people about different bits of the film – I’m not going to spoiler anything by the way. Well, not for Looper at any rate.

It’s Earth! They’re the same person! The guy in the wheelchair did it! She’s a man! He was already dead!

There, that covers about 67% of all cinematic spoilers. We can move on now.

So I’ve been having discussions about Looper with people – some who love it, some who hate it. Some people think the placement of that bit which comes randomly in the middle of the bit when he does that thing is a bit odd; other people can’t make sense of the ending. Some people found elements of the story superfluous; other people came away with a completely different interpretation than me.

All this is good and healthy and fun. 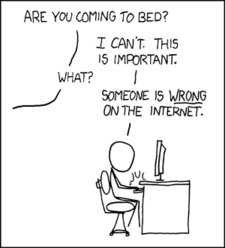 The discussion/bitching I find completely pointless goes a little bit like this:

This film doesn’t make any sense! How can it be impossible to get rid of a body in the future?

To which I think the correct answer is: IT DOESN’T FUCKING MATTER.

This isn’t a plot twist or character moment or anything upon which the story hinges. This is set up, it’s a rule of the universe – if you can’t accept that as possible, maybe you shouldn’t watch the film?

I’ve been reading a few forums where people rubbish the film because they don’t believe that element. They demand answers, damn it! How is this possible?

Think about what they’re asking for here – for a movie writer to invent a new scientific discovery instead of a plot device. No one seems to be demanding technical specs for the time machine. Time travel isn’t possible, it may never be possible – but it makes for good stories. We don’t expect the writers of Doctor Who to be to explain how the TARDIS works – it just does. These are the laws of the Doctor Who universe, the TARDIS is sentient, bigger on the inside and can travel in time – now let’s get on with the story.

The rules of the universe are usually inherent in the premise – even the nonsensical ones. They don’t need to be explained beyond THIS IS WHAT HAPPENS IN THIS WORLD. I don’t need to know how, especially when the rules are patently impossible. 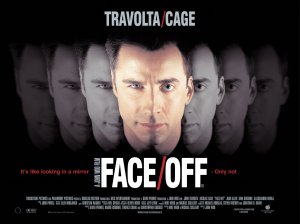 Take Spider-Man for example: after being bitten by a radioactive (or genetically altered or in some way magic) spider, a boy can stick to walls.

Fine. That’s a rule of this universe. I don’t need it explained to me. Particularly since it’s completely impossible.

Does it sound plausible?

Explaining how it works by showing little hairs sprouting from his fingers makes it less believable, not more.

How long are those hairs? Long enough to push through his spandex suit? What about his shoes? What if he’s wearing thick socks? Does this mean he can’t stick to glass? If he can stick to glass, does he scratch it? Every time the hairs poke through the gloves, do they rip tiny holes in them? Does he go through gloves at an alarming rate because of all the tiny holes?

This isn’t helping! He can stick to walls, that’s all I need to know.

When I watch a film, I need to know what the rules are – I don’t need to know exactly how they work for two important reasons:

I mean, come on, would Looper have been more or less enjoyable if you’d had a lecture on nanotechnology and law enforcement at the beginning? Does it really help the story? The film already has quite a lot of (necessary) exposition at the beginning to allow you to understand the story you’re about to see – I really don’t think it needed all the details filled in.

But maybe that’s just me? Maybe I’m happy to use my imagination to fill in those little bits and other people aren’t? I guess we all demand different levels of understanding in a movie. I had to force myself not to think too hard about the ending of Looper while I was watching it, because on the one hand I was feeling the emotional point of the story … but on the other hand, there was that little voice telling me it doesn’t make sense.

But that’s beside the long and rambling point.

To me, rules of the universe need to be stated or shown briefly … and then we should just get on with the story. Because you know what happens when you spend too much time discussing how fictitious technology works?

Posted on Friday, 2 November, 2012 by phillbarron

Every month or two I meet up with a bunch of exceptionally talented writers in London for gossip and booze. 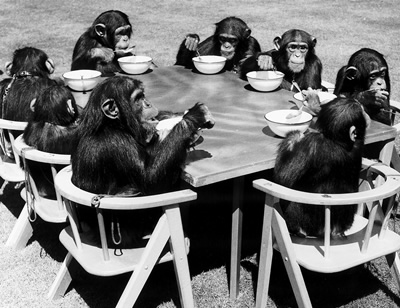 Last month, the heavens had aligned properly and I could actually make the day. Possibly because the whole thing had been specifically planned around my schedule just to make me feel important.

As the booze flowed and the sheer loveliness of the company washed over me, I found myself being asked the same question over and over again (twice):

“Have you stuck to your promise and actually managed to work on your own project or are you working on half a dozen films again?”

If you’re new to the blog, have a short memory or just don’t care – earlier on this year I vowed to refuse all new work and write a pet project – something just for me.

I haven’t really seen anyone since I made the vow, so it’s a good question. To which the answer is:

To be fair, I sort of have. I have refused several projects and a couple of introductions which may have led to new working relationships.

Check me out, turning down work – just thinking about it makes my teeth itch.

Unfortunately, despite refusing the call to adventure on several occasions, I have somehow found myself working on five or six (depending on how you count them) projects.

The funny thing about the film industry is projects rarely seem to die. Sometimes you think they’re dead on the seemingly plausible grounds the producer hasn’t been touch for over a year, doesn’t respond to phone calls or emails and appears never to have existed.

In cases like this it seems prudent to just give up. So long as they’re up to date with your payments, then … fine. Dead project, these things happen.

But then you get the call – they’ve found the budget and are heading into production!

First they need a teeny-tiny rewrite.

This appears to be the norm and nothing to get upset about.

The problem is there can be several zombie projects which reanimate at the same time. In fact, they do seem to spontaneously erupt all at once.

So two days after I’d finished my last job, my writing island was besieged by a small army of zombie projects, all of which demanded a piece of my brain.

Three, to be exact.

Which, okay, doesn’t seem like a lot; but each script takes up a lot of mental real-eastate (of which mine is in short supply). Especailly when you can’t remember who any of the characters are or why you felt it was important to have so many of them naked.

So there are three zombie projects battering at my mind-door. On top of that there’s the new Time Travel Head Fuck project I’m doing just for me, and another pet project I’m (slowly) doing with a friend (actually, it’s my brother’s best friend’s brother; but we’re on first name terms, so that makes us best mates in my book).

Then there was the call I got recently:

“I’ve met a guy with some money, he wants to make a film, what do you want to write?”

That’s the sort of call you don’t pass up, even when you are steadfastly turning down every project which comes your way.

Admittedly, that’s all gone a bit quite since I sent in my wishlist of project ideas; but that may or may not mean anything. It could mean none of the ideas are desirable or it could mean the guy’s busy or even that he’s an incredibly slow reader. Hell, it could even mean he loves all the ideas and has sent them onto the money guy … who is so overwhelmed by the awesomeness he can no longer speak, type or point.

Or they could have all been shit. Who knows? Chances are, this opportunity will kick into gear to precisely coincide with something else going into production.

So although I have managed to resist new projects, I am still working on five (ish). Having said that, I suspect the three zombie projects have gone quiet again, so maybe I will be able to keep my vow for November/December … but I doubt it.