Posted on Monday, 10 December, 2012 by phillbarron

Have you been watching Gadget Man? I have, for I am a man who likes gadgets. Not that the former is in anyway essential to enjoy the programme.

The last episode I watched (which may or may not have been the last episode aired since I rarely watch anything at the time of broadcast) had Alan Sugar having a pop at Stephen Fry over his iPhone love. If you didn’t see it, Alan brought up the iPhone 4 “antennagate” nonsense and the silly rubber band fix; to which Stephen insisted it was never a problem, was wildly over-exaggerated and not one iPhone was ever returned because of it.

Now, I don’t know whether or not any of those statements are true. I’ve never owned an iPhone, 4 or otherwise, so it’s not really my place to comment. As an outsider I’m inclined to believe that it was wildly over-exaggerated because … well, don’t all phones lose signal depending on how you hold them? 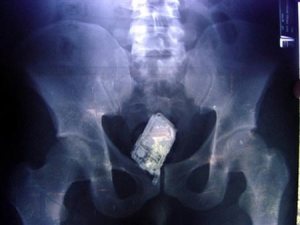 I know my last few phones lost signal if you held them horizontally and covered both ends. Not a lot, granted; but if I’m in a very negligible signal area (like everywhere inside the M25) then it might just be enough to lose all of whatever paltry signal was there to begin with.

So the iPhone 4 lost a bit of signal if held a certain way? Seems highly probable and not at all an issue.

Like I say though, I haven’t owned one, nor bothered experimenting with Mandy’s iPhone so my opinion is worthless. I do think Apple handled the whole thing quite weirdly, firstly with that odd press conference telling people how to hold their phone, denying it was an issue and then giving people a free bumper case to fix the issue they said didn’t exist; but … yeah, I believe it was over-hyped Apple-hatred.

Not one iPhone was ever returned because of it.

At first I thought, bullshit. Not one? None at all? Really? Not one Apple-phobe received an unwanted iPhone as a gift and used antennagate as an excuse to joyously get rid of it?

That doesn’t seem possible, the world is full of belligerent people – surely at least one of them must have been unreasonably upset about this non-issue. There were certainly enough to sue, there must have been one person unhappy enough to return their phone? Just one?

But then, I thought … maybe not.

I know a guy who had the first iPhone (not the first, just one of the first generation ones) and he loved it. Loved it. True, it had one minor flaw (or two minor flaws, depending on how you counted it) – namely: if you called him, he couldn’t hear you unless he had the headphones in; but if he put the headphones in, you couldn’t hear him. During a phone call he could choose to hear or be heard, but not both … which isn’t really a phone call, it’s a walkie talkie conversation. 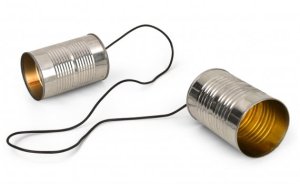 But apart from his phone not actually being able to make phone calls … it was everything he’d dreamt it would be. He didn’t see this as a problem and made no attempt to return or exchange it. He didn’t even try to find out if anyone else had this problem or if he just had a faulty device … he merely adapted to the situation, lowered his expectations and went on with his (phone-call free) day.

Lest you think I’m having a pop at Apple users, let me assure you I’ve done similar things. I own an HP printer with a little screen. There are four touch buttons on the side of the screen and only three of them have ever worked. On the day I brought it home, I discovered one of the buttons didn’t work … and decided it was too much effort to take it back. I prodded it for a bit, realised it was a cursor button which moved the cursor to the left … but the right cursor button is fine and all the menus are looped. I don’t need to go left, I can just go right. Three extra button presses on the rare occasion I control the printer from the screen (as opposed to the more likely act of controlling it from the desktop right next to it, or the laptop downstairs or my phone if I’m not even in the country) vs packing it up and driving back to the shop … yeah, I can live with the cursor not going left.

I think it takes something fairly catastrophically wrong before most of us will get upset about it. It’s a kind of mental inertia – an instinct to just make do instead of make waves. I have returned a  brand new phone before, but only because the screen had a discolouration on it; and even then I wondered if it would a) go away on its own or b) I’d just get used to it … which I probably would, given time.

So far this does seem like a long waffle about phones instead of writing.

But there is a vague connection. I think that mental inertia applies to scripts too.

I know I frequently recognise a problem with a script when I’m away from my desk … but on re-reading decide it’s not a problem after all. Sometimes I ask the producer or director if they think it’s a problem and if they say ‘no’ then I just let it go … even though I know, deep down, it is a problem and it will negatively impact the film later on.

The thing is small changes in a scene can result in major changes to the script as a whole. It’s a constant balancing game between the time it will take to make all the changes which spring from making that initial change and how much leaving that problem untouched will damage the film.

Sometimes it’s genuinely not worth the effort. So some specialists will notice the issue and it will spoil the realism for them? So what? Most people won’t notice or care unless they go and look it up on a forum later (at which point they will claim the specialist knowledge all along). Is it worth changing the entire script to cater for a handful of people?

Sometimes that small change which ripples throughout the script is essential or the whole thing makes no sense.

Maybe the skill is knowing the difference?

Maybe the real skill is to not be lazy and always make the change because you want your script to be the best it can possibly be?

I know I try to write by the mantra:

If you think it’s a problem, it is a problem – no matter what anyone else says. Change it.

I also know I’m human and essentially lazy. More often than not, I talk myself out of it, decide to put up with it or believe others when they don’t think it’s a problem.

Must work on that.

Must be the one person to take the phone back.