Did you read this excellent blog post by Debbie Moon?

… while they’re off reading the post, have you noticed how much more attractive they are recently? I mean, I don’t know what it is, whether they’ve lost weight or done something with their hair, but … wow! I’m a quivering rod of sex-citement when they’re in the–

Anyway, my favourite bit about that post is point three. Writers do tend to get inordinately jealous and dispirited by other writers’ success.

I’ve blogged about this before: https://phillbarron.wordpress.com/2011/04/16/jealousy/ ; but it’s worth repeating because … well, it’s probably not worth repeating. To be honest, I’d forgotten I’d written that and only worked it out after I’d written this and WordPress pointed out I was repeating myself. However, let’s not dwell on that. Let’s pretend this repetition was intentional from the start and that I pay as much attention to what I write as you do.

Yes, there are a finite number of jobs – considerably less than there are writers; but it’s very rare that someone else get exactly the thing you want.

Well, okay, that depends on what you want. If you want to write for a specific TV show, then every writer who does is doing the job you want. Similarly, if you want to adapt a specific book then you’re shit out of luck too. 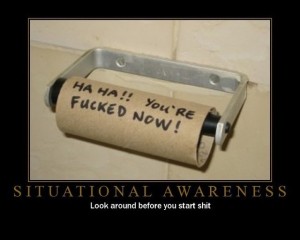 But apart from that (and some other stuff I haven’t thought about), particularly in the movie industry, someone else’s success is completely irrelevant to you.

Or at least, is far from detrimental. It’s certainly not worth being jealous about.

If you know this person, then you should be pleased for them. Their success is a good thing for several reasons:

1) It makes them happy and happy people are nice to be around. Happy people make me happy.

2) Having successful industry connections is never a bad thing.

Let’s say you’re a writer who’s best mates with Steven Moffat – that would be a good connection to have, wouldn’t it? It may not guarantee you a job on Doctor Who; but it means you at least have access, and that’s half the battle. There would have been a time when he was just starting out and only one step ahead of someone with no credits – getting all upset about that just taints a possible future connection. You don’t know which of your connections will be important/influential in the future, so why not just be nice to/happy for everyone? It’s self-defeating to be otherwise, as well as being cuntish. 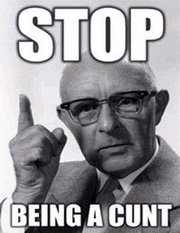 3) The other person’s success is probably not what you think it is.

This is particularly true in the UK film industry. A writer you know has been hired to write a film script for an actual production company!

Oh my God, that guy’s so much more successful than me!

In the UK, most films are independent. Only a very small minority of films have any kind of development budget. Most of these films pay either a pittance or nothing for the script until the first day of principle photography.

Okay, so he’s writing a script for an actual production company … but that company might just be one guy with no money who’s printed up some business cards. 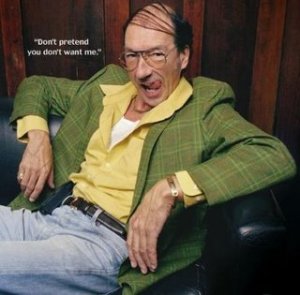 Yes it’s nice to be writing for someone as opposed to chucking stuff into the spec void (which, by the way, is a stupid way to think about it – target your writing to an audience, be that a producer or an agent or an actor or whoever … don’t just write stuff you have no clue who would want to read it unless you’re just starting out and need the practice) but it doesn’t mean there’ll be either a film or some money at the end of it.

Even if a writer you know has a script in development with a major TV company … doesn’t really mean anything. Someone who works for that company might have read the script and said “Yeah, it’s alright … would be better if all the characters were animated teapots though.”

The writer goes off to make the (unpaid) changes with no contract in place and tells everyone they’re developing something with Bumfuck TV.

Writers make shit up. We exaggerate. We find the drama in the situation and expand on it. That’s what we do. Fuck, that’s what everyone does. A guy who gets beaten up by two men will say he was beaten up by three men the next day and by eight the next week … humans tell stories, particularly if the stories make us seem more successful or less stupid.

Writers aren’t wrong to fudge the truth to make themselves seem more successful – it’s absolutely the right thing to do. We absolutely should be celebrating every success, no matter how minor, because the job is mainly a race with no finish line.

Writing is just a series of hurdles, for everyone, no matter how successful they are or aren’t. The job is primarily to see how many hurdles you can jump over before the race gets cancelled and the project falls apart … at which point, you go back to the beginning and start again.

Yes it’s frustrating, yes it’s largely a waste of time and effort … but that is what the job is: a hurdles race against yourself where there may or may not be a finish line.

Getting bent out of shape because someone else has jumped over one more hurdle than you is silly. They’ll probably fall at the next one. If they don’t, that’s a good thing.

Even if you know for an absolute fact (which is impossible) that you’re a better writer than that guy … so what? If you’re better and that guy can do it, so can you.

Writing is about who you know, there’s no denying that … but you can easily get to know people with a little effort. Beyond that it’s just about being good at the job.

EVERY aspect of the job.

Be a good writer, be nice, be helpful, be a team player, be supportive, be visible, be the kind of person people want to spend time with … and you too could find yourself being “hired” to write a script with no hope in hell of being produced.

Personally, I want all my friends and acquaintances to succeed. I want them to have rich and varied careers which take them to unprecedented heights … because I like them and because, whereas it may not help me directly, it certainly can’t fucking hurt.

If someone’s doing better than you, ask them what they did and copy it. Be motivated by other people’s success, not envious.

Jealousy … you just don’t need it.