Posted on Monday, 2 February, 2015 by phillbarron

I love technology. I love gadgets. I love how they make simple things slightly more complicated but cooler. In particular, I love mobile phones.

People who know me well find that amusing because of my outspoken hatred of mobiles for many, many years. I hated them. I found them intrusive and unnecessary and socially destructive … but, as I often say, if you’re going to change your mind, change it properly.

The best way to change your mind isn’t by increments, it’s by swerving wildly from one extreme to the other.

Nowadays I use my phone for emails, for satnav, for web browsing, as a remote control for the telly (and our lounge lights), as a camera (a 3D-ish camera, even!), for messaging and as a calendar … but rarely for phone calls. When it rings, I’m surprised – what the hell is that noise?

From a scriptwriting point of view, I still hate mobile phones. I hate how they can deflate dramatic situations – why is he running across town? Why doesn’t he just phone her? Why doesn’t she just google how to pick the lock? How come all these people keep running into trouble in areas with no phone signal?

I also hate sitting in cinemas while people are checking their phones. Presumably they’ve paid to be there, why aren’t they watching the film? And if they haven’t paid to be there, I fucking have! Turn it off!

Maybe it’s time to use this technology for mischief?

Apparently 60% of smartphone users own an Android device. If you think that’s incorrect and believe close to 80 or 90% of people have iPhones then you probably work in media of some description because, for some reason, everyone in media has an iPhone.

You may choose to believe that’s because they’re the best phones on the market or because media-folk are unusually susceptible to marketing, depending on your point of view. Neither of which are probably correct.

Anyway, according to official(ish) figures, 60-odd percent of smartphones are Android and (as far as I’m aware) all Android smartphones can run Google Now and a significant proportion of them are always listening for the words “Okay Google”.

For those of you who don’t have an Android phone (which given the media-focus of this blog is probably everyone reading this), Google Now is the Android equivalent of Siri, but a bit more intrusive and Big Brother-ish. It watches you, it collects information, it makes frighteningly accurate suggestions about things you might want to do, visit or be interested in and … it listens.

“Okay Google” is the activation phrase. Say it while the screen is on^ and the phone responds to any command you give it. No buttons need pressing, no other action is required.*

It occurs to me that it’s our civic duty as scriptwriters to abuse this technology wherever possible. 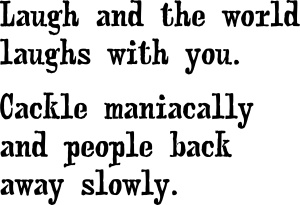 I hereby call upon all our writers worldwide to include the phrase “Okay Google” in every film from now on … and follow it with something embarrassing and/or annoying.

Feel free to be as creative as possible here.

“I understand you! I just disagree, okay? Google it, call mum and see if she gives a fuck, because I fucking don’t.”

At which point, a small proportion of people watching the film will find their phones dialing their mothers. The ‘it’ probably won’t register since there is a slight lag between saying the phrase and the phone activating.

Why not call a henchman ‘Google’ because he’s dead clever and knows how to find all sorts of shit. Then you can crowbar in phrases like:

“Enough’s enough, okay? Google, send John a message, I can see you … want to hurt him.”

If you make the pause between ‘you’ and ‘want’ big enough then a small percentage of the world’s Johns will get a text saying “I can see you.”

Or why not include a phrase like … butt plug? The phone will search for anything it doesn’t recognise as a command. Best case scenario, it will read out the Wiki definition of ‘butt plug’ to everyone in the cinema. Worst case, Google Now will spam the fuck out of them with ads and articles for butt plugs forever more.

I think the potential here is limitless. It’s our civic duty to do this. If we work together we can really, really annoy a small handful of people worldwide … which, when I put it like that sounds slightly less appealing.

Plus … I’m not really sure it would work.

Still, it would amuse me and sometimes that’s all that matters. 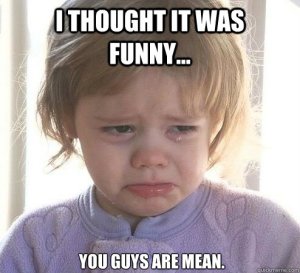 ^ I’ve just found out some Samsungs do this with the screen off, which is even better. I guess other phones must do it too?

* I think Siri does it too, but I’ve no idea what the activation phrase is. “Hello Siri” maybe? I think I heard that somewhere … kind of hard to get into a script. Cortana … no idea. Sorry.