Posted on Monday, 23 February, 2015 by phillbarron

I may have said all this before, I may not. To be honest I tend to get a bit confused nowadays and can often be found wandering the aisles of my local supermarket in my pants demanding to know where Kevin went.

But that’s another story for another time.

What I may or may not have said before is this:

I’ve been thinking about structure a lot recently and looking for shortcuts to my writing process which I can apply to scripts/stories which don’t appear to be working properly.

As I said last week, I like the three act structure. It makes sense to me … but it’s fairly useless when it comes to writing a script because it’s the story-telling equivalent of saying this is how it begins, then some stuff happens for ages, then this is how it ends.

I’m quite fond of looking at animated features when I’m musing on structure because I think they tend to get it right far more frequently than anyone else (Pixar/Disney in particular) so I was delighted when the excruciatingly awesome Michelle Lipton pointed me in the direction of this by Michael Arndt:

Which pretty much sums up how I think about beginnings but using much more better wordences than what I can.

That’s the first act sorted … but what about the rest of the film?

To me writing a script is a process of breaking it down into ever smaller chunks. A sentence which sums up what’s going on becomes four bits (act one, act two (a), act two (b) and act three) which becomes eight bits which becomes umpteen scenes which finally becomes 100+ pages.

At each stage, I try to find names for the bits.

Well, not the pages. I rarely name the pages. Unless I’m feeling exceptionally procrastinaty: Anna, Bruce, Caitlin, Devon … only 106 more to go!

At the four-bit stage I’ve taken to experimenting with:

… which seems to work for me. Now I know in the grand scheme of things this is equally unhelpful for creating a story, but it helps me to break the story into chunks so something changes goal/personality-wise on the long plod through the second act.

Take The Incredibles as an example (because it’s superb). The set up follows Michael Arndt’s video (more or less. Mostly more) and establishes Mr Incredible needs to come to terms with the loss of being a superhero and the gain of having a family. Or perhaps integrate the two?

WRONG THING/WRONG REASON – Mr Incredible lies to his family and sneaks off to be a superhero again. This gets him into a lot of trouble and puts his family in danger.

RIGHT THING/WRONG REASON – working together, they beat the bad guys and get off the island. This gets his family out of danger … but isn’t the answer. When they get back to the city, Bob is still trying to keep his family life/super life separate. He’s still driven by fear.

RIGHT THING/WRONG REASON – only by fully merging his two lives and allowing his family to help him can they work together to beat the bad guy. He can be a family guy AND a superhero! 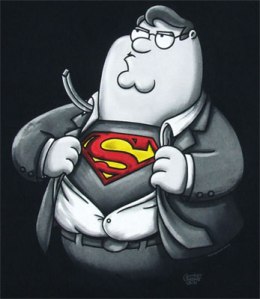 Wreck It Ralph’s another great example:

THE SET UP – Ralph wants to be accepted by the ‘good’ people in the game. He wants to be thought of a hero.

WRONG THING/WRONG REASON – he tries to steal a medal because he thinks that’s what make the Nicelanders like Felix. He can’t see the cause preceding the effect.

RIGHT THING/WRONG REASON – Ralph helps Venelope attain her goal for purely selfish reasons, to get the medal back. He’s doing what a hero would do, but not why the hero would do it.

RIGHT THING/RIGHT REASON – Ralph tries to sacrifice himself to save not just Venelope but the entire arcade. He is a hero.

I’m not sure if this always applies to all stories, but it seems to apply to the kind of films I like to watch and tends to be a useful tool to get me thinking about my own stories.

I don’t really believe in universal rules or solutions … but I do believe in stocking my toolbox with a variety of ways of getting the job done and at the moment this appears to be working for me, so … you know … it might be worth a go? 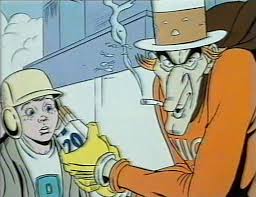 5 thoughts on “Reasons and things”