Posted on Wednesday, 3 June, 2015 by phillbarron

A new person! And a woman. A new woman!

This week I’ve been chatting to Dee Chilton who was absolutely lovely and very easy to chat to. Dee’s a scriptwriter. Specifically, she’s a photographer and Navy veteran who (in her own words) woke up one morning four and a half years ago and decided to be a scriptwriter.

Hooray! One of us.

Our chat ranged across a wide variety of topics, as these things are wont to do, but mostly centred around those first few years as a scriptwriter, how to approach your career and the industry in general.

The through line throughout it all for me though was attitude. Dee’s is excellent. Her approach is just brilliant and something I think everyone (including me) can learn from.

She says she learnt to get on by getting promoted to a junior commissioned officer pretty quickly in the Navy – crossing the line from non-com to com (is that how you say it?) meant she no longer belonged to her old peer group but felt like an interloper in her new peer group.

That imposter syndrome is how most scriptwriters feel when they start out.

Actually, scratch that. That’s how I feel all the time. Every time I work with new people I feel like they’re going to catch me out, realise I don’t belong … but that never happens.^

Dee’s answer was to just get on with people, learn to network and prove she deserved to be where she was, that she’d got there by merit.

Dee seems to have the attitude it took me years to cultivate – she’s enjoying her scriptwriting journey. She’s enjoying the process with no fear of failure (doubts, of course … but she doesn’t seem to be afraid) or yearning for some imagined end goal. I think most of us focus so much on getting that first script produced, of ‘breaking in’* that we miss the point. 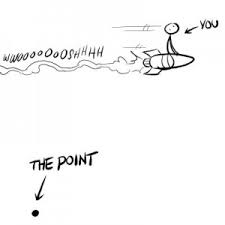 There is no destination.

A scriptwriting career largely means achieving nothing … if by ‘achieving’ you think it means ‘being produced’. Scriptwriting isn’t a race with a clearly defined finish line. It’s not over once you get a film produced. It’s a hurdles race where no-one expects you to clear all the hurdles.

You’re expected to fall at the first hurdle.

Next time out, you might fall at the next hurdle.

Maybe after ten attempts you might make it to the penultimate hurdle and fall there … or you might fall at the first hurdle again.$

Think of the most successful scriptwriter you can … last week, they got a project rejected. Possibly at the pitch stage.

At some point, totally unexpectedly, on a day when you’re only wearing one shoe and you’ve ripped your shorts whilst forgetting to wear pants … you’ll get to the end.

Now do the race again.

And fall at the first hurdle.

If you don’t learn to appreciate the process, the sheer joy of trying your hardest all the time … you’ll just get disheartened.

Personally, I tend to think of the script as the end goal – that’s the end of my process. If I get to a point where the client likes the script … I’m happy. I’ve won, time to find a new race to run.

Another thing we talked about is why we opted for this life instead of writing books … a question I get asked a lot and don’t have a satisfactory answer for.

Usually when people ask me what I do, just after I’ve explained what a script is, what it looks like and how the talking is actually the least important bit+, immediately following that confused pause as they try to work out if their favourite movie was actually written by someone or just somehow accidentally captured on film … that’s when they ask.

Have I thought about writing a book? Yes.

But I haven’t ever bothered.

Instead of choosing to be the Captain of my own destiny, writing my own stories and fuck everyone else’s opinion because they’re my goddamn books … instead of that, I choose to write scripts where everybody wants to argue with me and demand changes and generally stick their oar even when there’s no point in changing that character’s name from Danny to Donny or making the protagonist of a true-crime story a talking shoe. 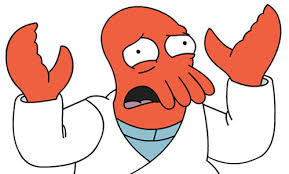 (Why did I choose scripts? Not the talking shoe bit.)

Books have had just as much impact on me as movies. I love books. I read … well, not a lot anymore, but certainly every day.@

I usually tell people it’s because my vocabulary isn’t good enough to write the kind of books I enjoy reading.

But I’m not sure that’s true.

What is true is now I’m this far down one path, switching to novels would be very difficult. It’s a completely different skillset I’d have to learn and one I’m not sure I could … but I didn’t know that then. Why didn’t I write books?

Okay, so there was this post which kind of explains it … but still … why not books?

But maybe next week’s #PhonePhill guest will have a better answer?

All I do know is chatting to Dee Chilton was a lovely experience. She’s doing so much right (in my opinion). She’s working with the equally lovely Hayley McKenzie (Hayley! We should chat!), she’s formed her own bespoke online writing group, she’s availing herself of the myriad of opportunities the Internet has to offer (including winning a competition), she’s networking in a friendly, non-needy manner … and she’s enjoying herself to boot.

These are the ingredients to success and I wish her all the best.

So there you go, another #PhonePhill. Who’s next? 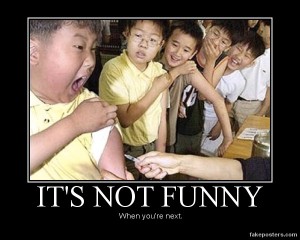 On a related note, everyone feels this at some point. It’s normal. I remember a good friend of mine who was the general manager of the Imax in Waterloo telling me about being in a meeting with Anthony Minghella (who was something high-and-mighty in the BFI at the time) and quietly freaking out inside because he was convinced someone would just stand up, point at him and say:

“Why are we listening to this guy? He’s a fucking cinema usher, for fuck’s sake! He’s the guy who used to scrape the puke off the auditorium floor!”

Even though that was ten years and several management jobs in the past.

* Breaking into where? Nine movies down the line, have I broken in yet? Because if I have, I have to tell you ‘in’ looks and feels almost exactly like ‘out’.

$ Wait … do you fall at hurdles in a hurdle race? Or is falling a horse racing term? In which case, do I mean scriptwriting is … whatever horse-jumping-races are called? Steeplechases? Is that right? Bollocks, I’ve got myself all confused now.

+ Lots of actors like to make up their own words … and then feel smug because they’ve helped ‘write’ the script. Yay you. Dialogue is the smallest, least important bit of writing. It’s the icing on the cake, it helps the cake look pretty but in no way affects the taste or enjoyment# because the actual baking was far more important and arduous.

# Except when it does.

@ Mostly the back of cereal packets, but it still counts!