So this post is sort of the last in a trilogy of posts about one pagers. The first post talked through my method, the second was the BBC opportunity (closed now! It’s closed, you missed it. Unless you didn’t.) and here’s my final thoughts on how to write a one pager, possibly the most vital part:

Preferably peer, but anyone who can articulate honestly how they felt reading it, why they did or didn’t like something or what they didn’t understand.

In this respect I got lucky since I had (coincidentally) arranged to meet a few of my writer chums for drinks. Those of you keeping track of these things may notice the meetPhill numbers aren’t quite sequential – this is because there was someone else that day whose identity I may or may not reveal in a future post.

Not to create any mystery or tension, but because I might get sidetracked. I only mention it so he doesn’t think he’s less important than these three or any less of a chum. 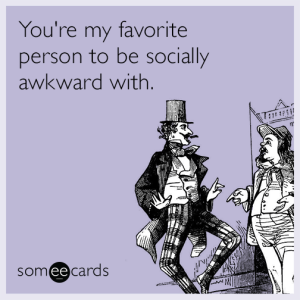 So forearmed in the knowledge I was meeting up with Paul, Piers and Shel a few days before the BBC deadline, I figured I might as well print out a few copies of my entry and see if I could t̶r̶i̶c̶k̶ persuade them into giving me some feedback.

Which they happily did.

Or at least, they didn’t complain too much.

And in return I read their entries and in fact it all set off a cascade whereby we all read each other’s.

If you haven’t got writer chums, it’s a really good idea to find some. It’s nowhere near as hard as it might seem since there’s probably a local Shooting People meet or maybe a writers’ group. If not, there’s always the LSWF which is chock-full of potential chums desperate to make friends with you. 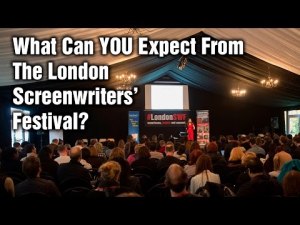 Or at least they should be desperate to make friends with you, because peers are the most valuable asset we have in this otherwise solitary industry.*

Obviously getting people to read a full script is a big ask, one not to be thrown away on a first draft unless you’re reciprocating in someway. All reads should be reciprocal. No, strike that. You should be happy to read your friends’ work and offer an opinion because it’s a nice thing to do. If they do the same for you, great. If not … that’s fine.

Unless they’re taking the piss, I suppose …

Oh, you know what? You’re all adults (probably?) you can figure out the rules for yourself. Suffice it to say I rocked up for drinks and dinner with friends who gave me an invaluable insight into how my one-pager came across to them.

Not whether it’s good or bad, but which bits they didn’t understand, which bits confused them or made them reread or even slowed them down a little. The benefit of something short in person is the conversation afterwards, because that way you can find out how they imagine the story and see if it matches the story in your head.

On this occasion all three of them offered comments which vastly improved the one-pager. They didn’t add anything to the concept or the characters, but rather helped me present the idea in a clearer, more succinct way.

Which was awfully nice of them.

Hopefully they got some mileage out of my comments on their work in return.

It’s difficult to know exactly how something will be perceived. In my case a mention of a character in her early sixties got misread three times as the series being set in the early sixties. 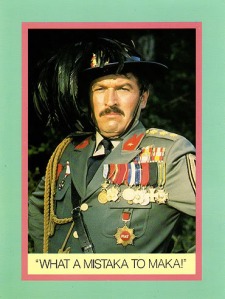 Okay, so I could have argued that they just didn’t read it properly … but they did. They read it as quickly and as thoroughly as anyone at the BBC will. People make mistakes and if even one person can misinterpret something they how do you know the person reading a judging your work won’t?

In this case (I think?) all three made the same mistake … so the mistake is actually mine. It needs to be crystal clear or the meaning is lost.

This is the sort of feedback I couldn’t give myself because it was perfectly clear to me … or I wouldn’t have written it down.

So hooray for writing chums! And hooray for those who are willing to be honest and supportive because they really are (or should be) an invaluable part of the process.

*Supposedly solitary. I have the slightly skewed experience of writing nearly everything for someone. It’s very rare I write a spec script with no input, it’s been years in fact. Maybe even a decade. Every time I try, someone either options it before I’m finished or commissions me for something.

That probably sounds like bragging, it’s not meant to. Sorry. I’m not bragging and have nothing to brag about … it’s just the way my career seems to work.