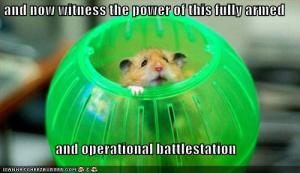 I was 10 when I first saw Return of the Jedi and, like the rest of the trilogy, loved it. It was the film I’d been waiting three years for and every frame of it etched itself onto my heart.

But even then, deep in my prepubescent lust for all things Star Wars, I recognised a problem … the second Death Star. The same thing again.

I didn’t know what a plot was, but I knew doing the same one twice was … well, a bit shit.

But it also kind of makes sense.

I’ve always found it weird in Batman comics when a supervillain almost succeeds in their nefarious schemes only to be thwarted at the last second by a combination of Batman’s awesomeness and pure dumb luck. It almost worked, if one variable had been different, if Batman had been one second longer defusing the bomb … different outcome. Surely it’s worth giving it another go?

And yet they rarely do.

The Death Star almost worked. If not for that one niggly exhaust port the Emperor would have been cruising the space lanes, giggling like a loon as he blew planets out of the black.

So yeah, put a cover on the exhaust port and try again. Makes sense.

Makes sense so long as you don’t think about the economics of it all, but from a character point of view I absolutely believe the Emperor would do it again. 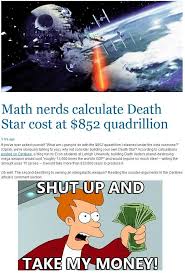 And yet, from a writing point of view … there’s that tinge of shitness to it. That’s my Death Star Problem – when plotting a sequel do I stay true to the character who probably would build a second one* or do I service the viewer and just move on to new evil plots?

I tend to err on the side of newness, but I’m never quite sure that’s the correct answer. Repetition certainly hasn’t harmed Star Wars so maybe I shouldn’t worry about it either?

I don’t have an answer and I guess like most of these things it’s either down to personal preference.

I have no idea. What camp are you in?

* But not a third. Doing the same thing a third time is just stupid.