Posted on Thursday, 4 January, 2018 by phillbarron

It turns out I’ve been making a rod for my own back by actually being good at something which isn’t supposed to be true.

Everyone in the film industry knows that one page of script = one minute of screen time. It’s a fact. It’s how scripts work. Everyone knows it.

Except we scriptwriters who know that’s a load of bullshit. 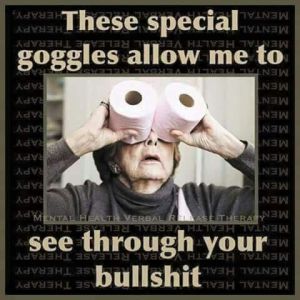 One minute sometimes = one page … but more often than not, it doesn’t.

A page of one liners will (probably) be less than a minute. A page of monologue might take nearer five minutes to deliver. A page of action … eh, who knows?

So a producer’s insistence on keeping the script to a certain page-count always seems baffling. Why does the script have to be 90 pages as opposed to 95 if those extra five pages will only take an extra two minutes on screen? The audience won’t care†. Surely a budget is worked out on the length a scene takes to film, not how long it takes to watch‡? Surely the budget depends on the type of scene as opposed to its length§?

What’s particularly bemusing is how a 118 page script is too long, but the exact same script, with fewer line breaks and full stops, which comes in at 110 pages is perfectly acceptable.

It’s the same script! Commas don’t show up on screen! Removing them from the script to alter the page count shouldn’t affect the budget! 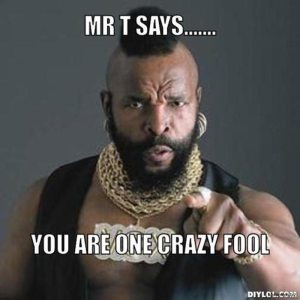 For years now I’ve assumed this page-count nonsense is just about perception. If the script seems shorter, the producer seems happier so my last pass will always be a series of tweaks to preemptively shorten the script before handing it in.

But here’s the problem: my pre-tweaked drafts (apparently) always follow the one page = one minute rule.

My 95 page script is 95 minutes of screen time. Tweaking it to 90 pages may mollify the producer and the financiers in the short term*, but as soon as the script gets into pre-production and someone puts a stopwatch to it … the truth will out. 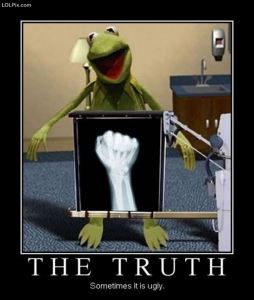 I’ve hidden 20 pages of a script before by judicious use of ellipses and parentheticals … only to have kittens when, deep into pre-production, someone figures out the 110 page script is actually 130 minutes long. Being asked to lose a huge chunk of the story when actors have already been cast and I can’t just hack out a complete sub-plot is a spine-chilling experience … but one I’ve brought upon myself by being all smug and sly in the first place.

Knowing how to make one page = one minute may seem like a useful tool, but it’s not useful if I then screw all that up by shuffling punctuation around.

So my New Year’s Resolution is to flip my way of working. Instead of making life easier for myself at the early draft stage and harder at the production-draft end of things, I’m going to be tougher on myself from the outset and actually cut pages instead of commas.

I’ve no idea if this is going to work, but it feels like a path worth taking.

I’ll let you know how I get on.

† I suspect some do.

* I’m not 100% clear on how this works. I know length can determine budget because of the number of days needed, but I suspect there’s also a need to hit certain lengths for certain genres in order to please the distributors. If anyone wants to ring me up for a chat and explain it, I’m all ears.