FINALLY! A BOOK WHICH TEACHES SCREENWRITERS HOW TO GET LAID!

Okay, so it’s not a ‘get-laid-quick’ book; but (despite the odd choice of cover photo) it’s still a damned fine book.

More importantly than not being a ‘get-laid-quick’ book, it’s also not another ‘How to’ book which tells you all the endlessly recycled secrets of screenwriting you never needed to know but are expected to pay for when you can learn for free with a bit of effort and an internet connection.

Tim Grierson’s FilmCraft: Screenwriting is actually a really cool collection of interviews and profiles with (and of) some of the greatest screenwriters ever to put finger to keyboard. It’s kind of a coffee table book, but jam packed with interesting interviews and behind-the-scenes bits and bobs.

I got sent a copy yesterday by the (presumably) lovely Emily Owen of Ilex Press and I’ve got to say it’s an incredibly beautiful book. I’ve only had time to flick through it (and read the odd bit here and there) but it looks really interesting.

This is the press blurb:

From the Hollywood blockbuster to the American indie to the international arena, the writers in this book are the people responsible for some of our most indelible cinematic memories of the last 50 years – and most audience members don’t recognize their names, let alone know anything about them. Screenwriting aims to give these creators their much-deserved moment in the sun. A must for students, cinephiles and anyone interested in the craft of writing for the screen.

Tim Grierson is a film and music critic whose writing has appeared in Screen International, L.A. Weekly, Backstage, The Village Voice, Revolver, Vulture, Wired and Blender, as well as on About.com, IFC.com, Yahoo Movies and Gawker.com. He is the co-author of FilmCraft: Cinematography – a profile of the world’s greatest cinematographers – and the author of the Mark Everett biography Blinking Lights and Other Revelations: The Story of Eels. Tim has served on the jury of the City of Lights, City of Angels (COL•COA) Film Festival, and is currently vice president of the Los Angeles Film Critics Association. 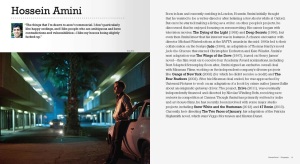 And there are more details here: http://www.ilex-press.com/books/filmcraft-screenwriting/

If you listen to John August and Craig Mazin’s Scriptnotes Podcast (and if you don’t … really? Start now.) then you’ll have heard John describe this book as his ‘one cool thing’ for … um … well, one of the recent weeks. (I don’t always listen to the podcasts in order and tend to get confused a lot.) Anyway, John August thinks it’s cool and he wrote Big Fish, so he’s probably right.

The best part of all this is the copy I have here is not for me, it’s for you.

Although … I might fight you for it. It is lovely.

No, fair’s fair – it’s a giveaway copy and give it away I must.

So … I need a competition. Something fun, something easy enough to get people entering but not so easy it’s insulting.

Hmm … I suppose I could just get you to leave comments and pick a winner at random … but that sounds a bit dull.

Damn it, I hate thinking up competitions.

Ooh! I know! That’s the competition!

If you want this fantastic book, which normally retails at £19.99, then come up with a competition which has this book as a prize and post it in the comments. You don’t have to actually enter your own competition or even be capable of winning it. You can choose “write an Oscar-winning script using only the letter Q” or “build a matchstick model of my arse on the moon wearing oven gloves” or anything else you like. 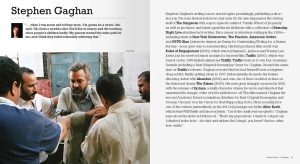 It doesn’t have to be feasible, achievable or even pleasant – just think up something which makes me laugh and I’ll pick the one I like best.

Don’t be mean, tell all your friends to come and enter (because you’re so clever they can’t possibly compete with you) and give everyone the chance to win this lovely piece of work.