As I’ve mentioned before (and will doubtlessly do so again), I hate writing the first ten pages of a script. My first few drafts rarely make any sense until at least a quarter of the way through … and frequently not even then. I tend to start too early or too late or with the wrong character or on an image/scene/idea which has nothing to do with the story or theme.

Sometimes I have too much information and not enough story. Other times I plunge headlong into the story without allowing people the time/information they need to join the train. Usually, somewhere around the third or fourth draft I sit down and write out a NEED TO KNOW LIST. 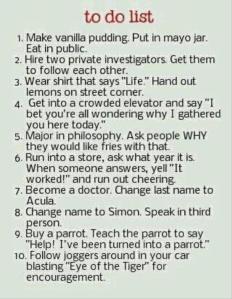 Now, you may be one of those instinctive writers I’ve heard of (but never met) who automatically do this kind of thing without thought or plan. Good for you, I’m not you but hope to be one day.

Sometimes this all just falls into place. More often than not, I need to sit down and work it out with a pen and paper:

What do the audience need to know in order to get started? What information do I need to get across, cunningly disguised as entertainment?

And probably other stuff I can’t remember at the moment. 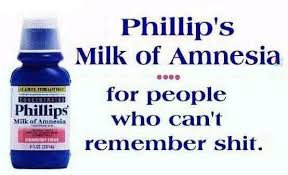 I should probably create some kind of form and just fill in the boxes.

After I’ve answered (or not) those questions, then I move on to world building questions:

Ginger people are telepathic, brunettes are empathic and blondes are shunned by society.

When we landed on the moon in ’69 we found out the dark side is just scaffolding and nothing above us or beyond the horizon is actually real.

The main character has a bionic left leg and can hop over large buildings … but only on a Tuesday.

Basically, anything which is special to this story, to this universe, anything which is different to the world we live in. I find if I include this information upfront, it’s fine. People are happy. If I suddenly reveal everyone called Keith is bulletproof halfway through, it feels like I’m cheating somehow.

Although, I guess that would be fine if you already knew people called Keith had a variety of special powers, some of which were yet to be discovered. Or that different names denoted different super powers. Or perhaps the bulletproof Keiths just developed their powers mid-film? In which case it will be a surprise to everyone, not least the Keiths themselves. 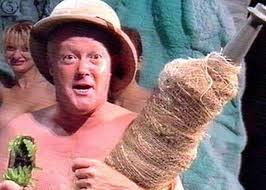 I’m sure there are lots of exception to this sort of thing, but I like to have the extraordinary rules laid out for me early on so I can get on with enjoying the story. I tend to be very accepting of unusual stuff in the first ten minutes of a film:

Ah, so in this world, costumed vigilantes can fall ten stories and just get up? Okay, no problem.

Okay, so in this world there are some perfectly ordinary people who wear costumes to fight crime. Fine … and then halfway through watch a guy fall ten stories onto his face without injury.

Once I’ve got a list of all these things I think people need to know in order to understand the film, I then start crossing things off. Because I’m nearly always putting in too much information at this point.

In one script, I spent the first ten pages wrestling with the protagonist working out how voodoo dolls worked, how she researched them, how she put it all together … until the producer pointed out everyone knows how voodoo dolls work, you just stick fucking pins in them, now can we please all just move on? 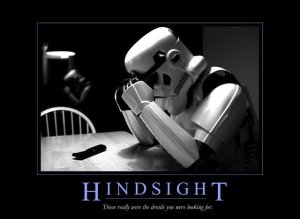 Similarly, in Valkyrie, they originally tied themselves up in knots trying to explain that not all German soldiers in WWII were Nazis, some were just soldiers … until they realised it doesn’t fucking matter. People watching German soldiers in WWII uniforms just see Nazis. No one thinks about them as German infantry or paratroopers or whatever – they just see Nazis and it doesn’t really matter, just get on with showing that some of them are good guys and some of them aren’t and stop trying to shoehorn party membership cards into every shot.

Or something like that. That may not actually be true, I don’t know.

The point is, most audiences are smarter than people give them credit for and will probably get the point far faster than we expect. So I examine the Need to Know List carefully and cross out everything I think I don’t need. 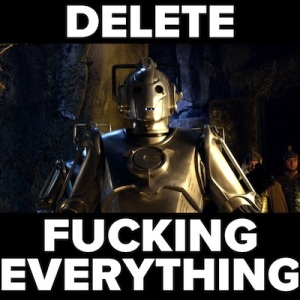 Next step is to see what information I can combine with something else. Ideally, I’m looking for scenes which get across two or three bits of information in one go. Preferrably without explicitly mentioning the information I’m trying to get across.

If, for example, my story is about a lazy guy who lives in the future surrounded by hovering robots who do all the work for him (doubtlessly later to be somehow turned into one of these robots and forced to experience what it’s like to become a slave to some other lazy git until he finally snaps and leads a robot revolt of some description) then the Need to Know List might include:

Then the first thing I’d probably cross off the list is the fact it’s the future. That goes in the scene heading, maybe; but other than that the design of the buildings/cars/fashions will tell us it’s somewhen else … not to mention hovering fucking robots all over the place. The fact it’s 2147 or 2232 or 2391 is probably completely irrelevant. 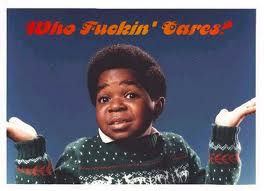 Hover technology and robot technology doesn’t need to be explained. We see a robot (or several robots, depending on how widespread this technology is) hovering and we get it. There are hovering robots in this world. Fine. We don’t need to know how they work or who invented the hover technology (unless it’s relevant to the story and that person is going to show up later on) or how the robots were invented/manufactured.

We know what a robot is, we know what hovering is. If we can see it, it’s not important to explain it or where they come from.

Unless it is. Unless, say, the reason he ends up as a robot is because all robots are built using human brains – then I’d have to think about whether or not everyone knows this and is fine with it or whether it’s a surprise to the main character and whether or not to clue the audience in before he finds out?

That this guy is lazy? I could have a character tell him he’s lazy, but that’s a bit shit. It would be better to show him being too lazy to do something simple and then forcing a hovering robot to do it for him. That one scene would tick all the boxes on that rather short Need to Know List. 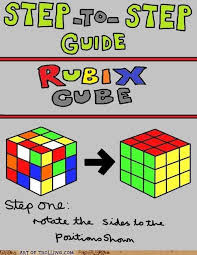 I don’t know. This isn’t exactly something I’ve thought about in any great detail.

The point underneath all this rambling is I like to back away from the script and marshall my thoughts somewhere else before returning for the next round of rewrites. The Need to Know List is a tool which works for me.

To be honest, it would probably work better if I did it before I wrote my first draft.

Bugger, I can’t believe I’ve only just realised that. Surely that’s the one thing I needed to know years ago? 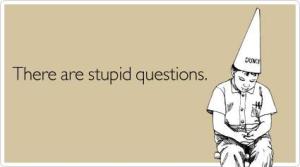