THE EMPIRE STRIKES BACK

Too many cooks may spoil the broth, but too much information definitely spoilers the movie.

For me, at least.

I’ve long been bamboozled by the level of spoilers in soap operas. I can’t understand why people want to know what’s happening in an episode before they’ve seen it.

“This is the one where so and so finds out thingamajig is her dad!”

Same goes for films. Why do people spend the year before a film is released dissecting trailers in the hope of finding out what the story is about? Why do people hunt down leaked screenplays and set images?

Isn’t half the fun of seeing a movie being surprised? 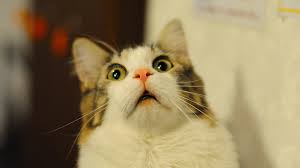 Or is that just me?

Some films don’t wait for their audience to hunt down spoilers, they just spoiler themselves right off the bat.

The piece de resistance when it comes to spoilers has to be Saving Mr Banks – never before has a film been so comprehensively spoilered by its own title. 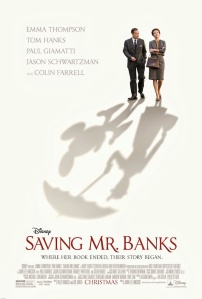 How much more amazing would that film have been if you didn’t know P L Travers’ objections were all about Saving Mr Banks? Imagine what a revelation it would have been to have got to the Walt Disney speech where he figures it out and have a light bulb click on in your own head.

I don’t even know if I’d have linked the flashbacks to P L Travers if I’d hadn’t read the title of the film.

But no, they put the twist in the title of the film. That’s like calling “The Empire Strikes Back”, “Vader is Luke’s Dad!”.

And just in case you didn’t get it from the title, they put the revelation scene in the fucking trailer. Right in there. Front and centre. Who made that decision? And why?

Imagine that person or persons cutting a trailer for The Sixth Sense. Would that film have been better or worse if it had a shot of Bruce Willis staring at the camera and saying “I’m dead, aren’t I?” in the trailer?

I’m voting worse, you may beg to differ.

“Let’s not call it “The Sixth Sense”, let’s call it “Kid Counseled by Dead Guy” that would be sooooooooo coooooooooool.”

“It’s about Saving Mr Banks, isn’t it?” For fuck’s sake – why was that line in the trailer? Why was anything from that late in the film in the trailer?

All I want in the trailer is the set up and maybe a montage-y thing summing up the first half of the second act. I want it to be a pictorial version of the blurb on the back of a DVD.

Or BluRay, if you want to be fancy.

“This is a story about someone who wants something but can’t get it because of reasons.” Thanks very much, that sounds interesting, I’ll go and see that.

“This is a story about someone who wants something but can’t get it because of reasons and there’s this really cool bit at the end where you realise everyone has escaped from his imagination.”

I don’t want to know. Honestly, I don’t. I’ll unfriend you. Seriously, I’ll fucking do it.

Well, okay, I won’t do it because I’m vaguely interested in your amusing cat stories and the outside chance you might post a photo of yourself in your pants … but, come on! Don’t spoiler the film for me.

Hell, don’t spoiler the film for yourself.

One thought on “Spoiling yourself”